I’ve started doing mini muse interviews with folks. If you would like to submit your mini-muse interview, please follow the template and email me at memomuse@gmail.com. Olivia Mear, an artist and dress designer was featured on my blog for Mini Muse Interviews (I post them on Mondays under Monday Muse Makers) on my blog several weeks ago. Olivia has gained some notoriety on the internet as the dress designer who created a prom dress out of Taco Bell wrappers.

Meet Lisa. She is a visual artist living in Eastern North Carolina. I have included three of her original pieces of art within the text of her mini muse feature. Enjoy!

I hope … to publish in 2015 my first fictional novel, Madiba Gone, But Not Forgotten.

I wish … to honor the legacy of South African freedom fighters, including, Nelson Mandela, Tatamkhulu, and Albie Sachs.

I dream … of publishing a series of books that reaches people’s traumatized open wound spaces to provide witnessing, healing, and compassion. 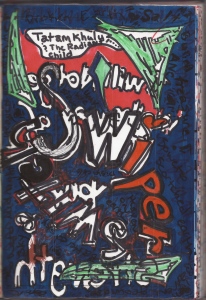 I am … a Duke alumna, an attorney and a visual artist.

I will be starting a new thang on my blog.  You may recognize it from Brain Tumor Thursday, which followed the same template. I am now going to feature artists, writers, creatives, and just regular ole’ people (even accountants have hopes and dreams) on my blog every Monday.  They will fill out the following template:

And three things about themselves and photos if they like.

Sneek peak for first Monday Muse Makers feature, which will post this Monday on February 9.

I met Olivia at the Biltmore in Asheville, NC. It was a rainy day and we had spent the entire day touring the inside of the Biltmore. My four year old son kept talking about the princess that lived at the castle. She was very real to him and I didn’t dissuade him from her existence (because why wouldn’t a princess live at such a grand estate and castle — sounds about right to me kid!). 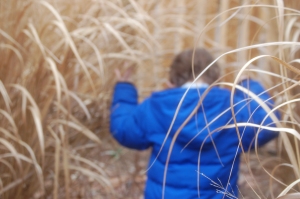 We had spent the previous day touring the grounds and other areas of the Biltmore Estate. My husband, four year old son, and I were exhausted as we rode on the shuttle back to the parking lot. And what do you know — a princess was waiting at the bus stop for the shuttle in a princess dress with her black velvet cape covering her head and dress.  Where was her prince with an umbrella? I couldn’t help but ask as my son exclaimed, “Look Mama! There’s the princess who lives at the castle.”  It was a precious serendipitous moment.  I took her photo and got her contact info quickly. She told me her dress was made out of wrapping paper.  Can you believe it? So, you’ll have something exciting to look forward to on Monday.  She is very interesting.

You can be featured if you’d like. Email me at memomuse@gmail.com or reply in the comments you are interested in being featured.  I will include links to your social media accounts and blog if you share them.

Are you looking for something specific? Try a search!

Recent comments from my muses

Where You’ve Seen My Work: Mamalode

"America's best parenting magazine." - Lisa Stone, CEO of BlogHer about Mamalode - Are you a mama? If so, I think you'd really like this magazine. Check it out and get back to me with your thoughts!

I'm in the Blog Guidebook - you should be too!